Dr Bach was trying to demonstrate how health and disease are intimately linked to the way in which a person lives and the need to make changes to that way of living. He did not separate the person from the disease believing that what happened to the physical body, was related directly to a person’s mentality, their spiritual and emotional circumstances.

He pointed the value of learning to take individual responsibility for health. Bach remedies help with this and support the process of change. But to take a remedy without understanding the source of healing, is to miss the context of learning offered.

He believed that the real cause, like the real cure, did not originate at the physical level. Disease was the result of conflict between soul and mind. He pointed to a conflict between man’s personality and higher self, which he linked to a spiritual dimension from which healing came. If plants help to heal it is because they too are linked to this spiritual dimension. They are an expression of divine forces at work in nature, part of a scared world.

Millions of people use flower remedies and believe they work, although it may be difficult to explain why and how. There is a gulf between practice and theory. The problem lies with the inadequacies of language and a lack of framework for explanation. There is no structure in physical sciences to explain the non-physical. Few will give fair hearing to evidence, unless that evidence is obtained by conventional studies. This is the classic dilemma, how to prove scientifically something which does not fit into the framework of scientific belief. 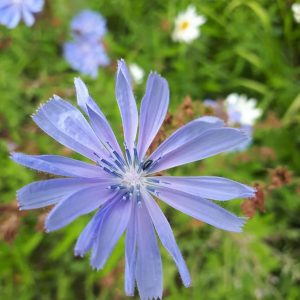 Some synthesis must be made between religion and science, between medical treatment and self-heling through the spirit, between accepting help and taking individual responsibility.

If there is a reality in Dr Bach’s discoveries, then there must inevitably be a change in the perspective from which we view our world and what life is. Practical experience must modify scientific theory. The relationship between plants and people needs to be reconsidered.

Plants are sentient life forms, they are responsive to their environment, they can feel, react and move. They have consciousness.

Research work at the Bose Institute, Calcutta, in the 1920s, showed that plants have a nervous system. Sir Jagadis Chunder Bose designed equipment which recorded plant reactions to a stimulus.

Experiments in the US, using a polygraph, showed that plants reacted to human thought.

Bach discovered that particular plants are able to alleviate or counteract human emotional problems. This is not based on physical chemistry of leaves and flowers, but on the properties of some subtle energy within the plant. A kind of plant spirit consciousness, which we have forgotten or lost contact with.

All life forms evolved and grew in complexity, so too consciousness. As all physical forms related through common ancestry, so too all forms of consciousness. The discovery of the human genome project who that humans share 98% of their DNA with chimpanzees, 50% with bananas, 38% with a daffodil. There are grounds for the hypothesis that chimps, bananas and daffodils share something of human consciousness.

An essence prepared from on of Bach’s flowers modifies a particular emotion. If the way that plants grows illustrates objective information about the emotion, a reconsideration of the science is called for. A system could be developed upon the quality of the plant’s gesture, its root, stem, leaf, flower see and way of growing.

Observations could be used to agree a new language of evaluation to describe emotional states (fear, anger, doubt, resentment) in terms accurately and consistently reflected in the gesture of the plant. The structure of a shrub or tree indicates the idea constructed within the physical and vibratatory body of a species. This forms part of the identity of the plant.

Each of the 38 Bach remedies holds information of this kind. The gesture of the plant illustrates the emotional state of the person who needs that remedy. Form and function, therefore, extend beyond the confines of conventional botany. Develop this and it becomes evident that in plant study there can be a science of metaphysics and inner meaning.  Remedies of the meadow and of Nature.

Chronic illness: disease in the physical body was often the result of a long acting process. Look at the way we become ill. The pathway that led Bach to discovery of flower remedies:

Materialism forgets that there is a factor above the physical plane. Bach travelled a road of increasing sensitivity. From surgery, bacteriology, immunology, to homeopathy and flower remedies.

Groups of people share mannerisms, as if they were from the same family. There were types of people, related emotionally by their common fears, irritability, indecision or aloofness. Bach noticed this and then went to find the plants which would be equivalent to these human types. Switched attention from the outer cause of disease to the inner cause and effect. 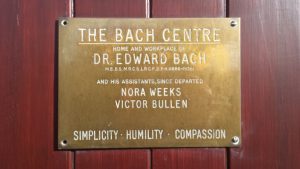 Bach was an intuitive. He may have been a psychic clairvoyant. We can only face the plant and ask the question. When he might recognise at the subtle, invisible level must also manifest the same truth in the physical form and vice versa. In that respect, we are in the same shoes as Bach when he walked along the river bank in 1928.

This is the man, this is the plant, how do they correspond?